On Similarity and Density of Applause Sounds 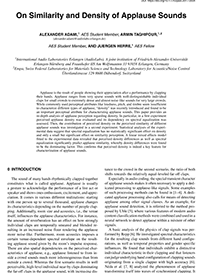